O ne of the reasons we love historical fiction is because it allows us to escape into another place and time. As an author of historical fiction, there are few comments I cherish more than ones where readers say they were immersed completely in the world of the novel.

“Characters and a setting which were so strong that I felt like I was there”, “the sense of place here is exquisite”, “such descriptive writing, I felt as though I personally walked down Dragon Springs Road.”

From such comments you might think that the key to immersive historical fiction is all about writing vivid descriptions – landscapes and cityscapes, food and clothing, smells and sounds. These are narratives we’ve slaved over. Yet all this hard work can be undone by careless details that jolt the reader out of the story. By ‘careless’ I mean words that break the spell for the reader, either consciously or subconsciously, and take the reader out of the world of the novel. 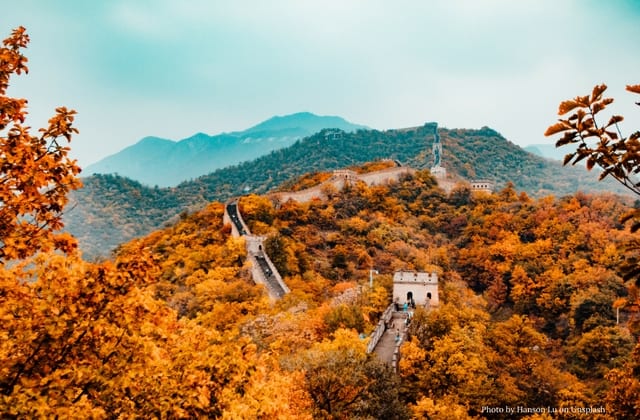 Experienced writers already know this, but the realization only slapped me across the head when I was a third of the way through my first novel, Three Souls, set during 1930s Civil War China. It hit me that not only did I have to respect the timeline of the story but I also had to respect my characters' specific knowledge of their world. In 1930s China, a young woman (even one from a wealthy and educated family) would not use language drawn from Judeo-Christian sources, Shakespeare, Greco-Roman mythology, or Arthurian legends. I could not even use them in a narrative third person voice. Those literary references may be appropriate to the timeline of the novel, but not to the culture.

We must respect the reader’s intelligence and believe that they are sensitive to such references. I feel this is especially true when it comes to historical fiction because those who read our novels are interested in history. They may be extremely knowledgeable about certain time periods. They know, for example, that poor Irish families couldn’t possibly have survived on potatoes during the Dark Ages, nor could Nero have played the fiddle while Rome burned. Or that Manchu women did not have bound feet, that this was a Han Chinese custom.

So when it comes to dialogue between characters or a third-person narrative, we must pay attention to our use of language and avoid jarring the knowledgeable reader. Therefore my early 20th century Chinese characters couldn’t praise their wives as being worth far more than rubies, refer to star-crossed lovers, make Herculean efforts, or pursue their Holy Grail. At this point I totally froze up. I felt as though I was choking. An entire toolbox had just gone out the window.

Growing up in a Western society, there are turns of phrase and literary references that are second nature to us. And therein lies the danger: they are second nature. We may end up using them without realizing or without considering their etymology. We must pay close attention to such decisions. We've promised readers that we'd bring them into another time and place and keep them there for the duration of the story. We can't break the spell.

And yes, a good copy editor should catch these glitches. But then again, maybe not. Plus, if you’re in the middle of copy editing, you’re probably on deadline for a publishing date. You’ll be under pressure to come up with something equally evocative but historically/culturally relevant. It’s better to deal with this while working on your manuscript.

One obvious solution, I thought, was to employ some of the common expressions we use at home: eat bitterness for suffering, breeze touching the ears for someone ignoring your words. Then, I could read up on Chinese history and folklore, brush up on the classic Three Hundred Tang Poems, and use such references as appropriate.

The problem with that last idea was that those references would convey nothing to readers unfamiliar with Chinese history. I've had emails from readers and many of them say things like: "I knew nothing about this period of history and found it so interesting", "my parents are Chinese but I grew up here and know very little about Chinese history and culture." It could be confusing, frustrating even, if readers were faced with references to the Eight Immortals or the warlords Cao Cao and Yuan Shao at the Battle of Red Cliffs or expected to recognize a line from an 8th century Tang Dynasty poet. And one of the worst things you can do is insert a long explanation that ruins the pace and flow of the story.

Finally, I decided to lean on words that created images; images consistent with both the era and the atmosphere of the story, images which conveyed meaning across cultures.

Your mother, whose skin put white jade to shame…
I felt my hard-won contentment washing away, swirling downstream in trails of indigo, dye that had never set properly in the fabric of my life.
All that’s left are autumn leaves of gold and rust curved like dragon scales…
…the disapproving click of abacus beads in their wooden frame.

In the end, this was what worked for me: selecting words that have an associative quality to China and using them to embellish simple images. It’s going back to descriptive language and applying it in the service of crafting sentences that compare and contrast.

Yet this challenge is just a detail, one of many to work through when writing a novel. As writers, we are always learning. You can probably think of other ways to handle this issue. As I continue writing, perhaps I'll gain in confidence and find more effective ways to bring interesting language into a story. Maybe it depends on the story. For now I’m just glad to have realized the dangers of verbal anachronisms sooner rather than later. Hopefully I’ve edited my words carefully enough that there’s nothing to break the spell for readers.

NOTE: Potatoes came from the New World, so they were unknown to Europeans prior to the 1500's. The violin was invented some 1,500 years after Nero.

ANOTHER NOTE: This blog was migrated from an older website and the comments didn't survive the trip. Feel free to repopulate the comments!