W hen I talk to book clubs, one question I get a lot from fans of historical fiction is ‘Did you come across anything in your research that inspired you or made you change your story?’. The answer is YES, several times! This is why research is so dangerously beguiling for historical novelists – you never know if the next morsel of information you find might become a plot changer or a detail that adds to your story.

In THREE SOULS, the beautiful sister who disgraced her family by becoming a film star sprang from a bit of casual (at first) research about pre-war Chinese movie actors. DRAGON SPRINGS ROAD began as a totally different story: the imagined biography of a Eurasian flower seller in Shanghai named Liza Roos (Chinese name: Luo Jialing) who married Silas Hardoon, a Sephardic Jew who went on to become the “wealthiest man east of the Suez Canal”. But the few scraps of information I found about orphaned biracial children intrigued me more. And so my Eurasian heroine was called Jialing, but other than that, she bore no resemblance to Mrs. Hardoon. At first THE LIBRARY OF LEGENDS did not include the library that became its title until I ran across memoirs by the alumni of Zhejiang University, where I learned that the refugee students had carried a priceless collection of books a thousand miles inland to safety. 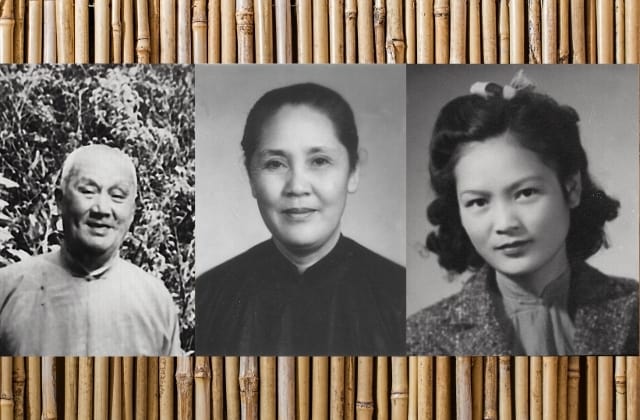 But book research has also led to more family research. While working on DRAGON SPRINGS ROAD, I learned that from the 19th century until the end of the Second World War, Chinese Eurasians were largely rejected by Chinese and white society alike. There were some exceptions, usually if their families were wealthy; but because most biracial children were born to poor women or prostitutes, their mixed race and lineage doomed them to lives of hardship. Girls were sold to brothels at a young age and boys to factories, many were abandoned or left to orphanages. Outside of mention by missionaries, I couldn’t find much documentation about such orphans. I did know that the best hope for these children was to end up at a mission school. At least there, they would be cared for and educated.

During the 19th century, American and European missionaries had great hopes for bringing Christianity to China, ultimately training Chinese-born evangelists to spread the good word. But most Chinese of good family regarded missionaries with great suspicion, thanks to the Opium Wars and various incursions by expansionist Western nations over decades. During their early years in China, Western missionaries could find success only amongst the poor – and with the children at their mission orphanages and schools.

My mother never talked a lot about the maternal side of her family except to say that her grandfather Sun was a pastor, one of the first Chinese-born Christian ministers in the country. My mother always seemed reluctant to talk about her maternal grandfather, although it was clear that he had been much loved. She mentioned once that he was an orphan, and I thought perhaps this was why she didn’t have much to tell me about that side of the family. But there always seemed to be some other, unspoken shame.

As I researched DRAGON SPRINGS ROAD, I kept thinking about my great-grandfather Sun and other comments I’d heard over the years about the Sun side of the family. How people used to say that my maternal grandmother looked “like a foreigner” because of her strong features and deep-set eyes. We only have one picture of her father, my great-grandfather Sun, taken when he was quite elderly. Had he been one of those poor orphans raised by missionaries? Had he been abandoned because he had mixed blood?

By the time I finished writing DRAGON SPRINGS ROAD, I only needed one more piece of information to confirm my theory. In 2019 I finally decided to do a DNA test. And when the test results came back, somehow I wasn’t surprised.

I told my brothers about the results and they were confused. Nearly 23% European would mean … the math didn’t work out since the Chang side of our family was for sure totally Chinese (and with 36 generations of recorded genealogy to prove it). But as someone explained to me, genes don’t get passed down in 50% splits. It’s more like grabbing a handful of jellybeans. So my brothers could’ve taken DNA tests and come up with different results. 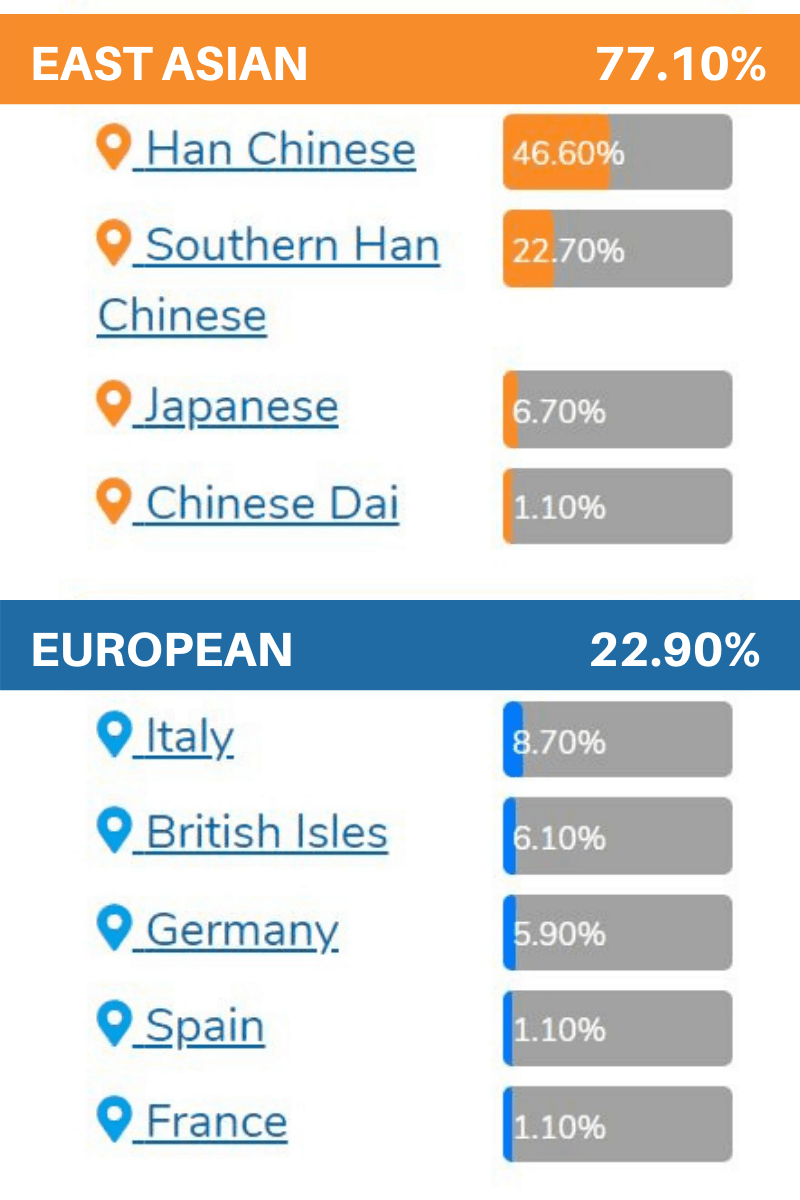 The DNA test explained a lot. For example, why my mother always seemed reluctant to talk about her grandparents. In those days, family background was very important. Not only was her grandfather an orphan, his mother most likely had been a prostitute -- or at least a woman of low class.

Or why my great-grandfather Sun, a Christian, allowed his daughter to marry a man who already had a wife. In those early years of the Chinese republic, concubinage and polygamy were illegal – but informally, it still happened. I’d always assumed my grandparents’ marriage was a love story, the reason why my grandmother was willing to be a second wife. But perhaps it was also because her father knew that his mixed race put her at a disadvantage – and for her to be a second wife to a doctor was better than no marriage at all.

Now I'm wondering whether I should go back and edit the family stories that refer to my grandparents' marriage. If you'd like to know more about the arrangement between my maternal grandparents, read The Unloved Sister.

(As an aside, I remember being told that my father looked rather Japanese when he was a young man. Well, it appears we have some Japanese genes!)

This doesn’t change anything in my life, it only answers a question that has been at the back of my mind for a long time. It does make me sad that my maternal great-grandfather was born into a time and a society that shamed him for his mixed race, and that as a result of the family’s silence surrounding this, we know very little about his life.