S ometimes you just can't do anything until you get something off your chest. In this case, it's about the value of reading traditional print newspapers and why online reading bothers me. And now that I've posted this blog, I can get back to working on my novel. Le sigh.

About 15 years ago I had a writing gig with the research group of a software giant. I wrote articles for their website. The goal was to help a general audience, as well as other employees of the company, understand what their research was all about. I used to joke that my job was to translate from geek into business English.

I got to interview researchers at the theoretical and proof-of-concept stage of work; research that might find its way into actual products 5 – 10 years later, if ever. I was in awe of these PhDs. Most were younger than I was, some already eminent in their fields, and they were all wonderfully patient explaining these advanced concepts to a mere Bachelor of Computing Science. It was a real eye-opener to learn about the innovations they were working on: natural speech recognition, data security, augmented reality, smart rooms, wearable computing, and more areas of artificial intelligence than I knew existed. 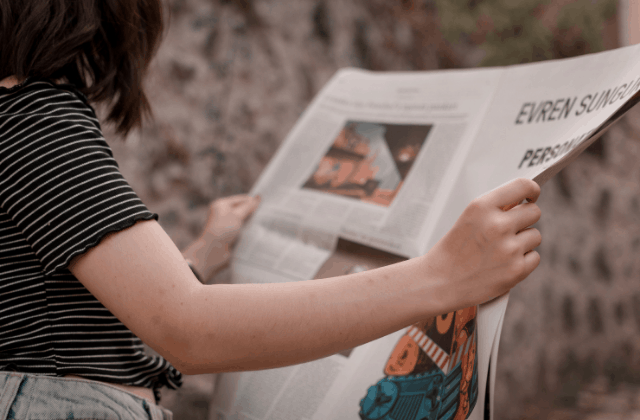 Whether or not these technologies would ever make it to market – embedded in tools, gaming features, medical software, computing enhancements, whatever – would depend on the parent company’s commercial decisions.

One of those technologies is now pervasive, and my memories and feelings of seeing it in its early stages has haunted me for years.

I interviewed a young scientist about his work on something seemingly innocuous and helpful. This was when online news first exploded on the Internet. We were no longer reading news, we were ‘consuming content’ and there was a torrent of it. Mainstream media outlets such as the New York Times and Bloomberg were figuring out how to compete for attention from the hundreds of self-published news websites.

This young man's research was all about automated curation and he had built a beta site that aggregated news, just to test the concept. For example, if you clicked on a story about Bayern Munich because you liked soccer, this news site would adjust to show you more articles about soccer and the Bayern Munich team. It was a personal news page. Over time, the algorithm would ‘learn’ your interests and filter the torrent down to just your topics of interest. The young scientist was looking for feedback from beta users and offered me a trial account.

At first it was fun seeing how clicking on different articles affected my personal news page. After a while though, I felt uneasy. What was I NOT seeing anymore?

I stopped using the beta news site. At the time, I couldn’t articulate any specific concerns apart from personal preference. To be clear, every software company was working on such algorithms. What I tested was just one version.

This type of algorithm has evolved. In a thousand small ways, from a thousand sources (news, shopping, search, social media), algorithms probe for your preferences. And in doing so, they've contributed to the ‘us and them’ mentality in our world.

Nudged along in this manner when it comes to news, we end up spending so much time within our comfort zone that we don’t have the time, energy, or conviction to seek out other data points. To inform ourselves of the bigger picture. To find the facts we deserve to know – and that we need - to put news in context. To differentiate between informed and ignorant opinions. To acquire more general knowledge about a complicated world.

I know what’s under the hood and I’m still vulnerable to those nudges.

This is why I read content from print newspapers and rely less on digital news feeds and social media-distributed news. With print newspapers especially, there are so many contextual clues to tell you how important is this news? Front page, headlines, inside pages, headline font size, column inches of text. Editorial pieces are clearly marked ‘Opinion’ or ‘Analysis’. Even if I don’t care about, say, salmon farming, at least when I skim the headlines, it registers that something is afoot with salmon farms. And there’s a chance I will read the article and learn something new about salmon farming and therefore something more about the world.

Newspapers have their own biases but that’s for another discussion. The world is complicated. Decent journalism has been eroded by loss of advertising revenue, competition from online sites, and readers' lack of trust. Local and regional journalism have been particularly hard hit, which is bad because local news brings issues closer and are more immediately relevant to where we live. Local news flags local problems before they turn into national ones -- and now in many regions, there are no more reporters covering the beat for what happens in local politics. If you want to know more about the state of the journalism industry, I'm not the expert. I do suggest looking at Nieman Journalism Lab, which is a Harvard University foundation that's examining business models for journalism in a digital age. I know. Journalism about journalism, very meta.

ANOTHER NOTE TO UPDATE (Jan. 14, 2021): for a deeper, more knowledgeable explanation of what algorithms like the news curation one above have evolved to become, watch The Social Dilemma on Netflix.