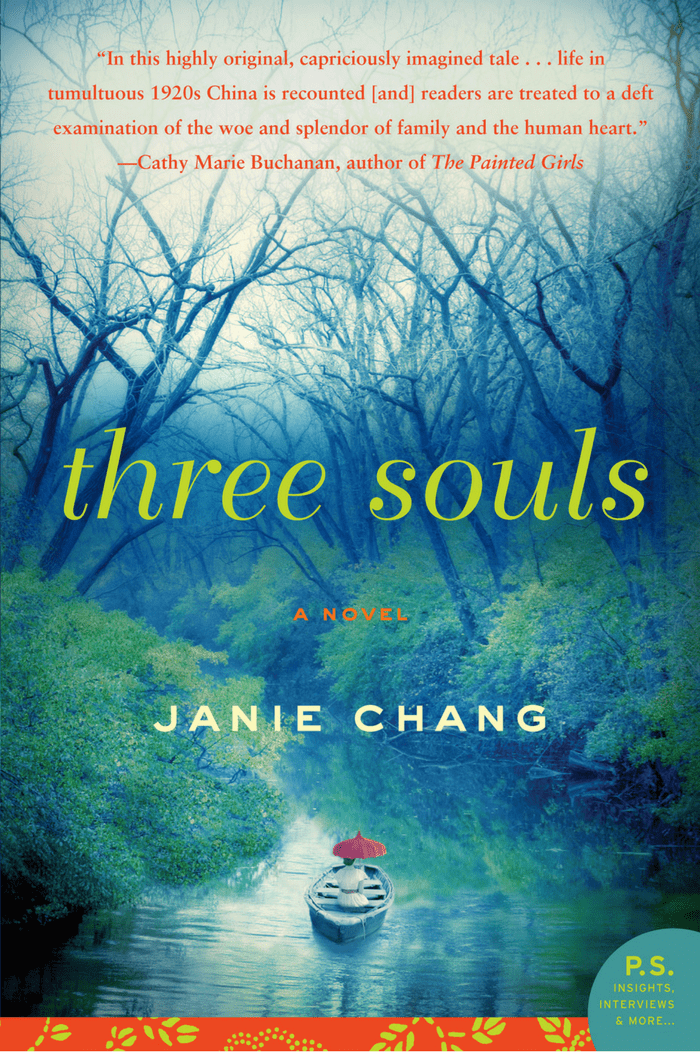 Finalist for the 2014 BC Book Prizes Fiction Award

"A remarkable, exquisite work of historical fiction ... highly recommended as a wonderful read and an experience of creative, brilliant writing."

We have three souls, or so I'd been told. But only in death could I confirm this ...

S o begins the haunting and captivating tale, set in 1935 China, of the ghost of a young woman named Leiyin, who watches her own funeral from above and wonders why she is being denied entry to the afterlife. Beside her are three souls—stern and scholarly yang; impulsive, romantic yin; and wise, shining hun—who will guide her toward understanding. She must, they tell her, make amends.

As Leiyin delves back in time with the three souls to review her life, she sees the spoiled and privileged teenager she once was, a girl who is concerned with her own desires while China is fractured by civil war and social upheaval. At a party, she meets Hanchin, a captivating left-wing poet and translator, and instantly falls in love with him.

When Leiyin defies her father to pursue Hanchin, she learns the harsh truth—that she is powerless over her fate. Her punishment for disobedience leads to exile, an unwanted marriage, a pregnancy, and, ultimately, her death. And when she discovers what she must do to be released from limbo into the afterlife, Leiyin realizes that the time for making amends is shorter than she thought.

Suffused with history and literature, Three Souls is an epic tale of revenge and betrayal, forbidden love, and the price we are willing to pay for freedom.

“In this highly original, capriciously imagined tale, Song Leiyin journeys to the afterlife in the company of three guiding souls. As her life in tumultuous 1920s China is recounted, readers are treated to a deft examination of the woe and splendour of family and the human heart."    -- Cathy Marie Buchanan author of The Painted Girls

“Compelling and utterly original. Janie Chang’s riveting debut gives us so much: a complex heroine, a window into the vanished world of pre-Communist China, a fascinating plot and language that sings. An intoxicating story of family, ambition and the risks we take for love.”    -- Tara Conklin author of The House Girl

"A tour de force. Evocative of Lisa See at her best, Three Souls vividly conjures life in pre-Mao China and runs the emotional gamut from playful to haunting. This original story and its sympathetic heroine will stay with you long after the final pages."   -- Dan Kalla author of Rising Sun, Falling Shadow

“Three Souls is a glorious, deeply readable novel—the kind you pick up and read voraciously, every chance you get. The kind you get lost in.”   -- Shaena Lambert  author of Oh, My Darling

I found it so compelling, I absolutely couldn’t put it down. . . .One of the most satisfying, enjoyable and interesting books I’ve read in a while.”   -- Nancy Richler author of The Imposter Bride