D uring the early 1960s when my father was a professor at National Taiwan University, one of his favourite students was a young man named Zhu. Zhu visited our home quite often, part of a small circle of graduate students my father was mentoring. He was extremely shy, but my father considered him the most brilliant of his students, capable of mastering a wide range of subjects with equal ease. Zhu was somewhat eccentric and developed an interest in all things spiritual. For a while he became moderately famous in Taiwan as a fortune-teller. 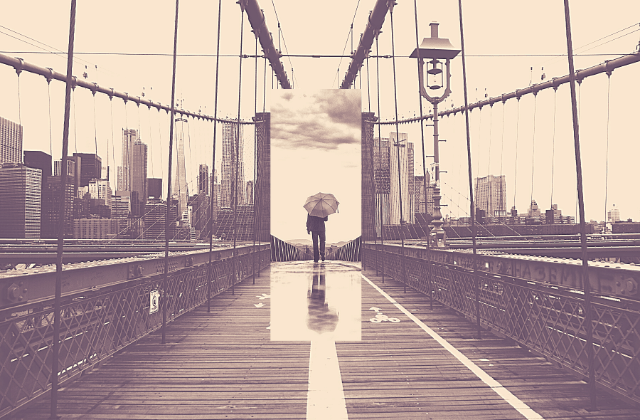 Zhu eventually moved to Los Angeles. He always stayed in touch with my father, and once when my mother and I passed through Los Angeles he picked us up at the airport, put us up in his apartment, and took us sightseeing. He did this out of a strong sense of duty to my father, for Zhu was of a traditional Chinese upbringing, and for him a student had to show his teacher the same respect and obligations as he would give an elder of his own family.

I recall that he was small and slightly built, with a head that seemed too large for the rest of him. He was beginning to grow bald. Behind his glasses, his eyes were intense and surprisingly beautiful. When we met him that year in Los Angeles, he had been a devout Buddhist for a long time and lived very simply. He had applied himself fully to the study of Buddhism and worked at some rather pedestrian job completely unrelated to his doctorate. He never married.

In the 1980s, he wrote to my father to say he had moved to New York City. There he lived an even more ascetic life, which seems improbable amidst the noise and bustle of that most immoderate of cities. Spiritual studies were his primary focus and my father said that from the content of Zhu’s letters, his mind did not seem engaged with earthly matters. My father wasn’t sure how Zhu supported himself in New York, but suspected Zhu was living frugally and exclusively off his savings.

Then came the year my father announced: “Something has happened to Zhu”.

Although Zhu wrote very rarely, every year without fail he sent a New Year’s card to my parents and included a few lines about his own situation. When the anticipated card failed to turn up, my father began writing to mutual friends and former students, asking for news of Zhu.

This is what my father was able to ascertain: Zhu was last seen on New Year’s Eve walking in the direction of the Brooklyn Bridge. The acquaintance who saw him reported that he greeted Zhu and received merely a nod in return. But since it was a cold and rainy night, he assumed that Zhu, like everyone else, was hurrying to get out of the rain.

Zhu’s landlady reported that he had given notice the previous month and all his rent was paid up. His furnished apartment was left very clean, with only a few personal items left behind, none of which gave any clue as to his whereabouts or intentions. All his bills had been paid, his telephone and newspaper cancelled. No one had filed a missing persons report because he had no close friends; when people realized they hadn’t seen him in a while, they assumed that someone else had already reported him lost and so they did nothing. Thus months went by before the mystery of his disappearance became widely known amongst his circle, and by then whatever trail there might have been was stone cold.

In all of New York City, with so many people and so many unsolved disappearances, who can say what really happened to Zhu? Sometimes my father would be of the opinion that Zhu had been the victim of foul play, the simplest explanation. But sometimes he would enumerate reasons why he thought Zhu had engineered his own disappearance: the tidy state in which he left his affairs, his complete lack of interest in the material world, his fervent scholarship in matters spiritual. He thought that Zhu had simply stepped out of the mainstream of society and chosen to live without name, home, or obligations.

Anything could have happened to Zhu. In a city like New York, it’s all too easy to disappear. He could have been the victim of crime. Or he could have found a community of like-minded Buddhists and simply left everything to join them. The one alternative my father never expressed was that his former student might’ve committed suicide. Zhu would’ve done this in a quiet and unobtrusive way. My father didn’t want to believe that Zhu could’ve descended into such depression. He respected his former student too much to consider this possibility.

I also find myself reluctant to consider this option. It’s not just because Zhu seemed such a serene and self-contained person but because of my ancestor, my six-times-great-grandfather Zhang Shiho (see blog The Ancestor Who Saw a Dragon) who was offered the chance to become an immortal, then lost that chance because he wanted to go home and tidy up his affairs first, then finally took the chance when he was an old man and stepped through a doorway to become an immortal. It seems to me entirely possible that Zhu might’ve been offered a similar opportunity to enter some other reality but unlike my ancestor, he did manage to tidy up his affairs before setting off.

The story of the vanished student is the only incident I have ever encountered that even approaches the mysterious. My only memory of Zhu is from that visit to Los Angeles. I have no childhood memories of him at all from an earlier era, when we lived in the house on Keelung Road in Taipei. He was just one of the many students who came to visit, his name and the names of my father’s students from that time are still familiar. Zhu’s disappearance is now a mystery more than thirty years old.

I still think about Zhu every so often. I imagine him strolling through orchards that bloom and bear fruit at the same time, where the season is always spring, never winter.