My Sister the Moon

W elcome Barbara Kyle! Your Thornleigh novels have given me so much pleasure, it was tough deciding which one should be the topic of last week’s book review.

BK: Janie, thanks so much for inviting me to do this interview. I really enjoy your family stories and blog.

JC: What are you working on now?

BK: I've got a lot on the go at the moment. I'm at work on Book #6 in my "Thornleigh" series of historical thrillers. And I recently finished rewrites for a feature film I co-wrote, which we've just shot. Also, I'll give a talk at the Historical Novel Society conference in London, England at the end of September. And in October I'll give two days of workshops at the Algonkian Niagara Writers Conference. A busy time!

My top priority, however, is the sixth "Thornleigh" novel. This series follows a rising middle-class family through the tumultuous reigns of three Tudor monarchs: Henry VIII, Mary I, and Elizabeth I. 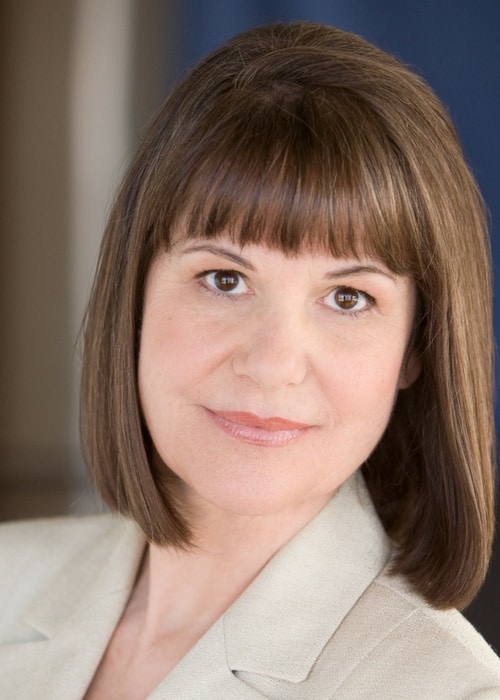 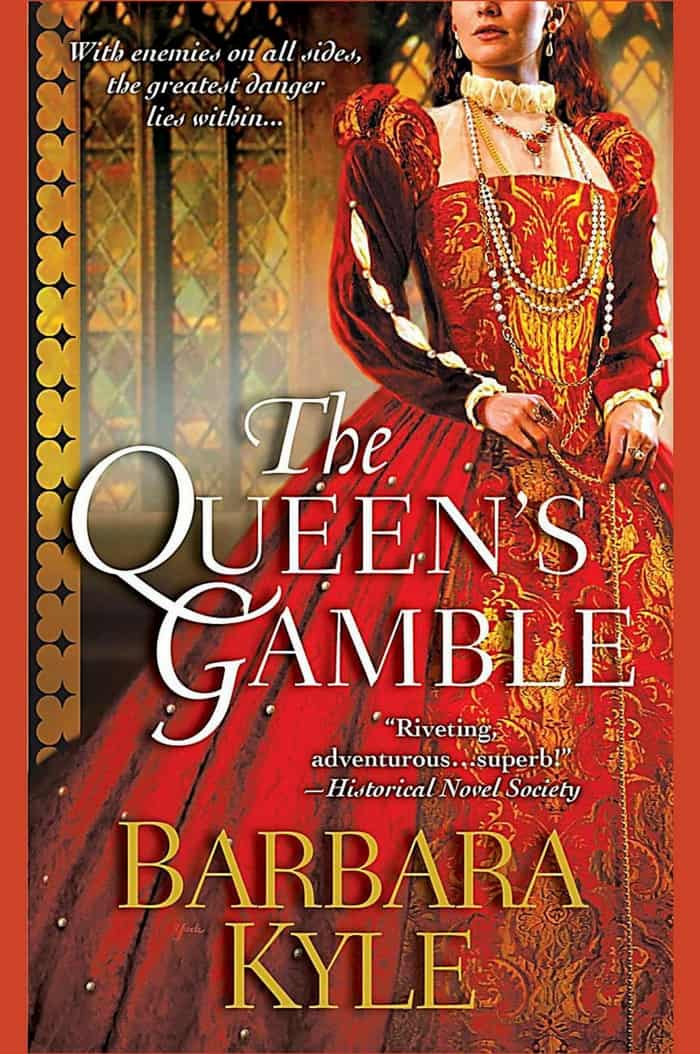 The Thornleigh family characters – Honor, Richard, Adam, and Isabel – are fictional, and each of them becomes dramatically enmeshed in the lives of real people of the day, such as the headstrong monarchs mentioned above, and movers and shakers like Thomas Cromwell and Sir Thomas More, and revolutionaries like Sir Thomas Wyatt and John Knox. Four books in the series have been published internationally, and the fifth, Blood Between Queens, will be released in early 2013.

JC: What can you share with us about this new novel?

BK: Blood Between Queens introduces Mary Queen of Scots at the moment when she escapes her year-long captivity in Scotland and flees to England to throw herself on the mercy of Elizabeth, who was her cousin. She naively expected Elizabeth to back her with an army to rout her enemies in Scotland, but Mary posed a huge problem for Elizabeth because she attracted English Catholics who wanted Mary to usurp Elizabeth.

Elizabeth, wily woman that she was, held an inquiry to (as she assured Mary) clear Mary’s name of the scandalous reports that she had helped murder her husband and then marry the chief murderer. The result of the inquiry was the public destruction of Mary’s reputation.

In my research about Mary Queen of Scots, and in talking to people about her, I have found that people either love her or loathe her. She and Elizabeth were polar opposites in their temperaments and have fascinated generations of writers and readers. The two women never met. I wrote an article about them for the English Historical Fiction Authors blog.

Blood Between Queens features two new "Thornleigh" characters: Justine, the Thornleighs’ ward and Will, their lawyer nephew, who are in love, but who get pulled to opposite sides as the inquiry becomes lethal. So this book, the fifth Thornleigh , will be released in early 2013.

"Thornleigh #6", which is what I'm writing now (working title: The Queen's Exiles) is set in 1572 during the cold war between England and Spain when Spain held The Netherlands under a brutal occupation. Adam Thornleigh works with the Dutch resistance group, the Sea Beggars, in their fight to overthrow their Spanish overlords. I'm enjoying creating this book because I've brought back Fenella Craig, who was a minor character in The Queen's Gamble (she was the Scottish mistress of the Edinburgh garrison commander), to star in it with Adam Thornleigh. So, I'm deep into the first draft of that book.

I've also participated in the shoot of a feature film of a screenplay I wrote with my husband, producer-director Stephen Best. It's called Saving Dinah and it's about mayoral candidate Caroline Sheppard who is determined to find her family's stolen dog, Dinah. Following a lead by an animal welfare activist, Caroline risks her safety and reputation and alienates her family as she searches for Dinah in the underground hell of puppy breeding mills and research laboratories. But when she confronts a brutal dog-fighting ring her courage inspires her family to reunite and help her rescue their pet. Saving Dinah is now in post-production and will be released in December 2012.

Lastly, in October I'll be giving two days of workshops at the Algonkian Niagara Writers Conference in Niagara Falls, Ontario. This is a terrific event designed to introduce promising and talented writers to the professionals who can help them achieve their goal of becoming published. It's geared towards those who are writing or have written a novel. The agents and editors who attend are actively seeking new talent, and attendees will gain valuable insight into the commercial viability of their work-in-progress, along with critical feedback on how to improve it.

As I said, a busy summer! Stephen and I are sailors, but sadly we haven't even had time to get out on the boat this season. But I have no complaints: it's all good.

JC: Entrapped and The Experiment are a complete departure from the Thornleigh novels – or are they? What moved you to write these contemporary novels?

BK: Ah, therein lies a tale. Before Kensington Books started publishing my Thornleigh historical novels I wrote three contemporary thrillers - Beyond Recall, After Shock, and The Experiment - under the male pseudonym Stephen Kyle. Warner Books in New York published them between 2000 and 2003 and we did very well with them.

But all three are now out of print, so I'm re-releasing them as e-books, this time under my own name, starting with The Experiment. It's set in New York in the 1970s and features film stuntwoman Alana Marks who is haunted by memories of her gypsy mother's ordeal in a concentration camp – yet Alana never knew her mother. When neurologist Henry Knelman offers her a consultation, he reveals that her mother was the subject of a Nazi genetic experiment that enabled the transfer of a woman's knowledge to her offspring, and that he was a prisoner physician forced to assist. In reality, Knelman was the Nazi doctor behind the experiment. Driven by a horror of the evolutionary mutation he created, he has been systematically killing the surviving gene carriers. He believes Alana is the last - and it's up to him to destroy what he created.

Entrapped is a brand new venture. Given the wild changes that are taking place in the publishing world and the new opportunities for authors to self-publish, I've done that with Entrapped. It's a novel of romantic suspense, and I loved writing it.

It's set in Alberta and inspired by true events. It’s the story of Liv Gardner, an ambitious young oil executive intent on stopping farmer Tom Wainwright who is sabotaging her rigs after a spill of lethal “sour” gas poisoned his wife. Liv goes undercover to get evidence against Tom, but he's clever and covers his tracks. Desperate to save the company she built, Liv plants evidence to frame him. But in doing so she gets closer to Tom and finds that he's a single father just trying to protect his family. Her feelings for him change, and the attraction is mutual. Then a local man is killed, and the police use the evidence Liv planted to indict Tom for murder. Now, only Liv can save him.

JC: What is the one piece of advice you wish someone had given you when you first began writing?

BK: The most helpful advice I can offer any emerging writer is this: take the time to write an outline. Take a long time. Months. The outline is where the heavy lifting of creation takes place: the invention of your characters and plot. I’m under contract to produce a book a year, so I have to manage my writing time carefully; yet when I start a new book I spend about four months writing my outline, concurrently doing research. (John Grisham says he works for up to six months on his outlines.) I can’t imagine working any other way; it would be like building a house without a blueprint.

My outlines run about twenty pages, double-spaced, and I go through several drafts as the characters and plot evolve. The outline is for developing just what happens. The beauty of it is that you don't get bogged down in description and backstory. Those are for the actual book. (Note: an outline is not a synopsis. A synopsis is a selling tool; it's what you write after the book is finished, to interest an agent or publisher. The outline is a working tool; no one sees is but you, the writer.)

I call the outline a Storyline, because as writers we must never forget that we’re telling a story. In the workshops I give, I love to teach the principles of Storylining. I discuss it, among many other subjects, in my series of online video workshops “Writing Fiction That Sells.”

Here's one other nugget of advice, this one from my agent, the legendary Al Zuckerman of Writers House, New York. Eighteen years and nine books ago, when I was researching agents in preparation for submitting my first manuscript, I read an interview with Al, and this was his one piece of advice to aspiring writers: "Be willing to work your ass off."

He's right! It's a lot of work. But, ah, such pleasant work.

NOTE: This blog was migrated from an older website and the comments didn't survive the trip. Feel free to add new comments!