An Article in TIME Magazine!

Welcome to my family stories. They were misplaced during a website migration years ago, and now I've found them. There are 22 in all and I will do my best to post one each week. If you've ever read the Author's Notes at the back of my novels, you will know that family memoirs and stories about my ancestors often make their way into the books - so if any incidents in these stories feel familiar, it's probably because they've been used in a novel. But which one? Well, this story almost made it into THE LIBRARY OF LEGENDS.

T here is a story in our family about one of our many-times-great-aunts who fled an unhappy marriage. By unhappy we mean that her husband’s family treated her badly. It may be that his sisters were jealous of her tiny bound feet and delicately arched eyebrows, or that her mother-in-law considered her embroidery skills inadequate. Or it may simply be that she was a second wife who could not gain the goodwill of her husband’s senior wife. The details have been forgotten. 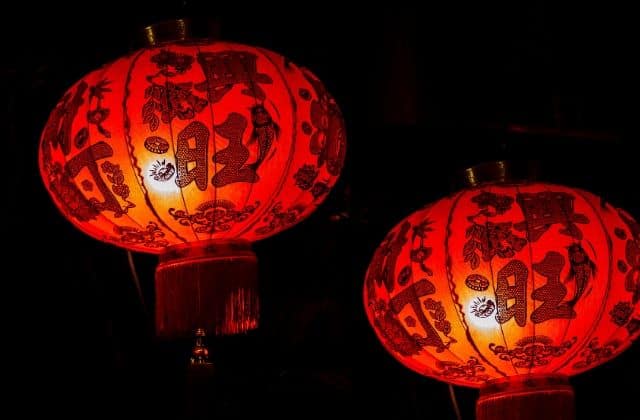 She made her escape from her husband’s home during a night of thunderous rainstorms and wind, a journey of endless steps on painful swaying feet through the empty sodden streets of the town, accompanied by the sound of tree branches and window shutters banging on walls.

When at last she arrived at her parents’ home some hours later, crying and laughing at the same time, she was bundled into dry clothes and put to bed in her own room.

“But my dearest, my dearest,” her mother exclaimed, “You came from the other side of town. You have never traveled unaccompanied outside our gates. How did you find your way, and in all this weather?”

“I knew the way home with no hesitation,” she replied. “The moment I stole out the kitchen door, I saw before me the two red lanterns that hang on either side of our family’s front gate. I followed and they guided me through streets and over bridges until finally I saw our gates and knew myself safely home.”

Her family surmised that the ghost lanterns were the intervention of the girl’s loving grandmother, only lately deceased. With such strong evidence of the old lady’s wishes from beyond the grave, the family had the marriage annulled for the price of the dowry, and this many-times great-aunt lived quietly for the rest of her days as a daughter of her own family.

This was the first ancestral story my father ever told me. He speculated that the many-times great-aunt in question lived during the reign of the Ming Dynasty Chongzhen Emperor (1627 – 1644).

In this story, my unhappy female ancestor had to rely on supernatural help to take back control of her life. This is a family story that sounds like a folk tale. I like to imagine that this many-times-great-aunt was a very clever young woman who used the superstitions of the time to get out of a bad situation.

Stories like this were what informed me of the helplessness of women in traditional Chinese society. Daughters were absolutely obedient to parents, wives to their in-laws, their value to their husband's family depended on the number of sons they delivered. A woman would wait for her in-laws to die. Then and only then could she take her turn as matriarch.

I often wonder how I could spin this into a longer story. The fact that a young wife managed to extract herself from a bad marriage with no repercussions (that we know of) is as unusual as being led to safety by ghost lanterns. It would have taken a lot of spunk, desperation, or both, to be willing to live with the consequences. She could have been disowned by both families. When I imagine how I might write this story, she has help from someone more earthly, perhaps a maidservant who had been her constant companion since childhood.

When writing THE LIBRARY OF LEGENDS, I'd wanted to include some stories about the Willow Star and the Prince's previous lives. This story was reshaped to suit the novel. Alas, this story and two others were yanked out during editing to cut down on word count and to keep the story flowing.