The Altar Cloth of A Hundred Boys

The Ancestor Who Saw a Dragon

In DRAGON SPRINGS ROAD, Fox and Jialing watch a beautiful ghost dance across the roof top of the house across the street. Enjoy.

T This is a story about one of our many-times great-grandfathers, when he was only a little boy and the favorite of his grandfather. Apart from this incident in his life, there is nothing special to distinguish this ancestor and we do not know his name. We simply refer to him as our ancestor who saw a ghost. 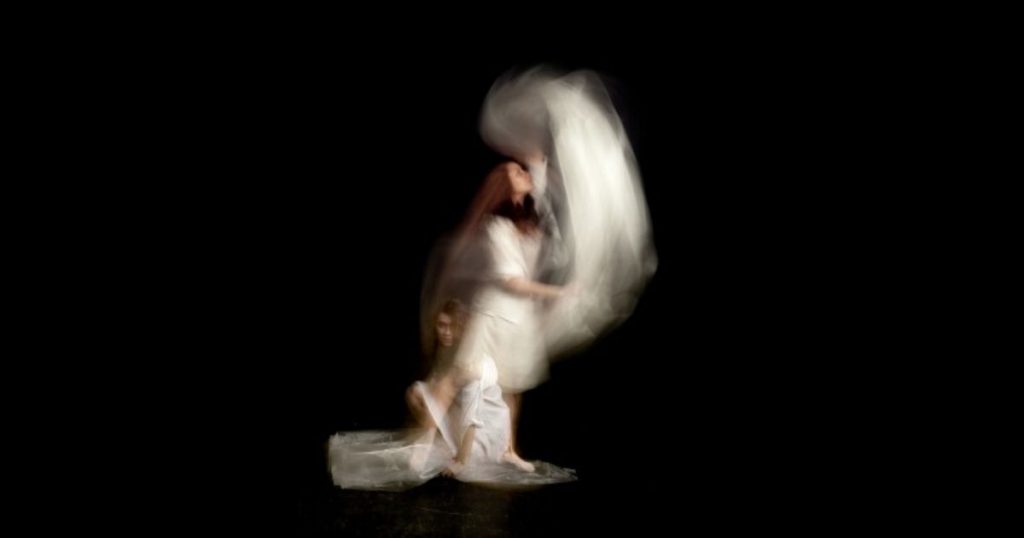 He was undoubtedly an ancestor on our great-grandmother’s side of the family, for the story takes place in a huge estate, and it was her family that owned such a home in the countryside outside the city of Hengyang, in Hunan province. It was a residence of numerous courtyards, gardens and houses, with enough rooms to accommodate the families of all the sons of the family, as well as their household servants and the servant’s families. The residence had been the family seat for hundreds of years, and the older houses surrounding the grander of the gardens had beautiful names like “Scholars Retreat of Knowledge”, “Pavilion of Nine Pines”, “Where Small Streams Flow”, and “House of Eight Maples”.

At the center of one courtyard stood a garden filled with marvelously shaped tall rocks that had been dug out of Lake Taihu, a garden that had been designed more than a hundred years ago. The stones stood grouped around a pond where red and gold carp swam slowly between water lilies. This was the grandfather’s favorite garden, and he kept a set of rooms for himself there, his study and library.

Despite the complaints of the boy’s mother and grandmother, the grandfather would keep the boy with him until all hours, for the boy and his grandfather were favorite companions. There, the old man would relieve his long hours of insomnia by teaching the boy to write out beautiful verses of Tang poetry. Late into the night one could hear them singing the famous poems together, the boy’s high piping tones in energetic counterpoint to the old man’s raspy voice.

It was on one of these nights that the grandfather bade the boy to run to the kitchens to find something to eat, a dish of salted peanuts or perhaps some leftover radish cake. This was an errand the boy was used to carrying out for his grandfather. There was no need for him to bring a lamp since there were large lanterns lit in front of every house.

In any case, the path to the kitchen was clearly visible, for a full moon bathed the entire residence in its pale light. In fact, it was only because he stopped for a moment to admire the moon that the boy saw the ghost.

There on the tiled roof of the house across the courtyard, a lady dressed in white, the Chinese color of mourning, danced slowly along the ridgeline of the roof. Her long sleeves flowed in slow motion about her as she moved gracefully to unheard music, her arms moving in complicated patterns, her tiny slippers barely touching the curved grey tiles. Her costume and hairstyle resembled those of women from old paintings in his grandfather’s study. Apparently unaware of his presence, she floated through the motions of her dance. When she reached the end of the peaked roof, the beautiful woman vanished.

Too young to be frightened, more curious than concerned, the boy returned to his grandfather with a dish of salted peanuts and told him about the lady.

“On Fourth Uncle’s house was it?” the old man queried. “Was she dressed in white? Ah. Well, there is no way to avoid it then.”

His grandfather became very quiet and shortly thereafter put the boy to bed.

Early next morning, there was great commotion and wailing at Fourth Uncle’s house, because a concubine’s newborn child, a boy not yet two months old, had died unexpectedly during the night.

This is another one of the tales I longed to incorporate into a novel. And so it went in to Dragon Springs Road, the scene where Fox points out to Jialing the dancing ghost on the roof of the house across the road. There is so much to wonder about. Was the dancing ghost in the habit of making an appearance before a death or only on occasion? When did the family first notice the dancing ghost? What about the little boy? How did the memory of this apparition affect him later in life?

The huge estate where the family lived, inhabited by hundreds of years worth of generations, also fascinates me. I wonder about entire drawers full of memories and lives accumulated in my family’s ancestral home.

In 1986 I went to China and with my father and cousins, visited my parents’ home town. The estate where my father grew up had been divided, brick walls built in courtyards, interior doors permanently nailed shut, and 30 families, total strangers, lived in the rooms where my ancestors once argued and loved, suckled babies and kept death watches. Those rooms are now rubble, bulldozed to make way for modern apartments. My brother picked up a roof tile from the rubble, all that we have now of our ancestral home.

In this century of travel and relocation, we leave behind homes and histories. The size of the moving van, the cost per cubic feet of shipping container, or the storage space in the new home, all of these force us to leave behind objects and ephemera that help us remember events and people. Remember who we were when those events happened. Remember what we were like when we were with those people.