The Island of Sea Women

15 Ways to Help an Author 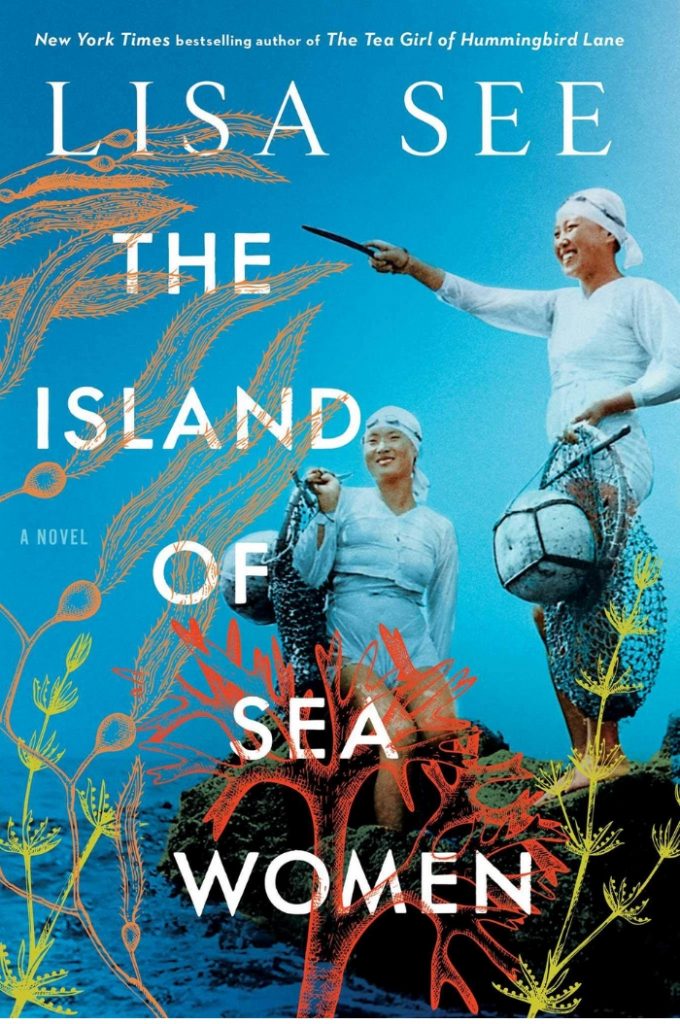 A novel that spans decades, from the 1930s to modern times, THE ISLAND OF SEA WOMEN is set on the Korean island of Jeju. For centuries the female divers, haenyeo, of Jeju were the main breadwinners while their men looked after home and children. It was a matriarchal society, with well-established rules and traditions for how each diving collective managed itself.

In 1938, Jeju and the rest of Korea are occupied by the Japanese. Young-sook is a teenager whose mother is the head haenyeo, leader of their collective and her ambition is to follow in her mother’s wake and become a diver. Her best friend Mi-ja is an orphan who lives with an uncaring aunt and uncle; because her father had been a collaborator for the hated Japanese, many in their village shun her. Young-sook’s mother, however, lets her dive with their collective and trains her in the ways of the haenyeo.

Passages about the lives of the sea women are mesmerizing, offering vivid glimpses into a unique culture. The sea is their life, the women even prefer giving birth in the sea to any place else. They regard it as an underwater farm which they harvest

for octopus, abalone, sea cucumbers, and oysters; but they never take too much, since a farm must replenish itself. There are also harrowing descriptions of how Koreans lived under Japanese rule, and most brutal of all, how the Korean police massacred innocent citizens after World War II in a drive to eradicate Communist rebels.

Lisa See is a story teller who excels at stories about friendships between women. The novel’s setting, language, and history all fascinate but it’s the relationship between Young-sook and Mi-ja that propels the story forward. The writing makes you feel the icy cold slap of waves when the two girls dive in but also the pleasure this dangerous work gives them, the strength and closeness they feel at being dependent on each other for friendship as well as safety. Despite misunderstandings and jealousies, the two young women remain friends even after they marry and Mi-ja moves away to Jeju City with her husband. Then Mi-Ja does the unfathomable and unforgiveable.

THE ISLAND OF SEA WOMEN, however, is so much more than a tale of two women. It’s a multi-layered novel encompassing war, a culture in transition, domestic and political violence, endurance both physical and emotional. It’s an important book that brings to mainstream literature a tragic and neglected chapter in Korean history. For me, this is Lisa See’s strongest novel yet.

I will say one more thing: the final sentence of this novel is the most perfect ending I have ever read. But don’t cheat and skip to the last page because it won’t mean anything unless you’ve read the whole story.

WHAT I LEARNED ABOUT WRITING FROM READING THIS NOVEL

War is brutal, there’s no getting around it. In this novel, the Japanese occupation, the Bukchon massacre, and all the years in-between offer too much material when it comes to atrocities. Yet how do you write about such horror so that readers don’t look away and put the book down?

There are probably many ways to achieve this, but what I learned from this novel is that you can balance out inhumanity with the protective warmth of strong and loving relationships, a safe harbour. The haenyeo sisterhood, the joys of family, even the flawed friendship between Young-sook and Mi-ja, make it credible that they are able to endure unbearable tragedy. They are anchored by the emotional strength they draw from their relationships. This balance is what gives the characters, and also readers, respite from intolerable heartbreak.

Dear Reader - if you like a book (any book, not just mine), please help the author by sharing. It's the easiest and most helpful thing you can do for any author and it's free. Share and/or comment on social media, write comments on their blogs, or best of all -- review and rate the book on Amazon and Goodreads. Actually you don't even have to write a review. Just a star ranking will do. Thank you! -- Janie