The Importance of Digital Detox

So thrilled to learn that Jen Brehl, my editor at William Morrow, has just offered for the US rights to my next novel. Feeling humble and elated at the same time that both Jen and Iris have so much faith in Dragon Springs Road. And again, Agent Jill is the best career counselor ever!

Yes, there is a second novel in the works. And yes, Editor Iris bought it! The contract just arrived and I’m thrilled at the prospect of working again with the wonderful team at HarperCollins Canada. Tentatively titled Dragon Springs Road, this is a story that’s been waving its hands at me for quite a while, demanding some serious attention. Now that the US launch of Three Souls is over, it’s time to shift gears and write DSR. 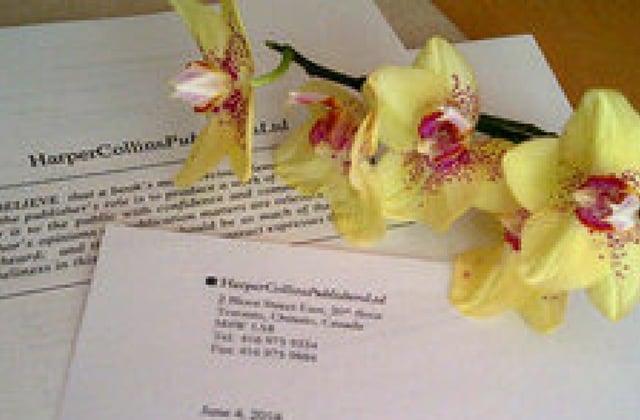 Yes, you heard right. DSR isn’t written yet. But it's been sold.

Yes, it was news to me as well that editors are willing to buy a book based on some notes, a synopsis, and sheer faith. After all, I'd just gone through the obstacle course known as Getting a Publisher to Buy Your First Book. With Three Souls, there were workshops, a reality check read-through from an esteemed author, another round of revisions by a freelance editor, and then begging published authors for blurbs so that Agent Jill could include some nice quotes about the book when she started pitching to editors.

This time around, Agent Jill got the ball rolling. Write a synopsis, she said. Actually she kind of ordered me to do it. In a really nice, I-have-been-at-this-longer-than-you kind of voice. Apparently, once you’ve written your first novel, editors will believe you’re capable of completing another one. Jill says this is pretty common, but I balked.

The big worry: what if I change my mind about the story? Characters and situations develop organically as you write and sometimes they do what they want, not what you want. Never thought I’d say that, but it’s true. Sigh.

So I checked in with some other authors and they all said not to worry if your story changes between synopsis and finished manuscript. The main thing is to make sure that if you’ve promised a historical novel set in China, not to deliver an epic space opera set in a colony on Mars.

Two synopses revisions later ... Agent Jill phones me in the middle of a marketing workshop at The Day Job. An offer! There was a lot of squeee-ing. Many, many thanks, Jill ! Big, big hugs next time we meet.

OK, just so you know, for the next 6 months I'm going to be kind of scarce socially and on social media because: IT'S BUTT GLUE TIME!