Three Souls is a BC Book Prizes Finalist

Y our book would make a great movie!”

Yes, I think so too! Well, I’m pretty sure every author thinks their book would make a great movie. But Francis Ford Coppola only has so much time, poor guy.

I knew as much about the film industry as I knew about the publishing industry five years ago (draw a big zero). I know it’s a tough, tough slog but that’s about all I knew. I really didn't have enough insights to explain reality to the well-meaning people who ask “Why don’t you make your book into a movie?”

Fortunately, Agent Andrea, who is responsible for foreign and film rights at The Sandra Dijkstra Literary Agency, kindly gave me a tutorial over the phone.

[Agent Andrea, by the way, is a Goddess. There’s no other word to describe the woman who sold your book to an Italian publisher, therefore making business trips to Italy absolutely mandatory.] 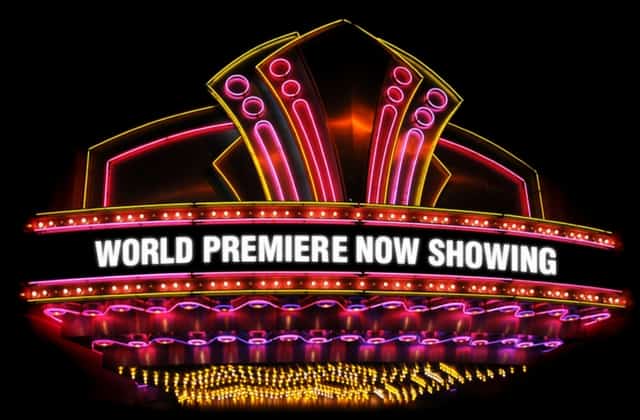 1)      What’s a film option? When someone offers a film option on a book, they’re putting down money in exchange for the exclusive right to keep the book under wraps for a period of time, usually 12 – 18 months. During this time, they try to pull the project together: find someone to write the screenplay, get actors and a crew lined up, and most important of all – secure funding. Sometimes it’s a year-by-year proposition, and they renew the option every year if they’re still interested.

2)      Can whoever paid for the option turn around and sell it to someone else who wants it more? No, technically an option is not transferable. However, the studio that commits to doing the movie will be the one that takes on the contract and all its terms (which are up for negotiation at that point. Everything is up for negotiation). But no, the options can’t go to some unrelated 3rd party.

3)      But you’ll be rich, right? Nope, not on film options. No big money here. One of the things the producer is trying to do at this point is secure funding. A book advance can be more money than a film option. [See this article from Writers Digest]. There are always the exceptions, there are 5 or 6-figure film options. There are cases where film options are worth more than book advances; these days, it happens more often simply because publishers are risk adverse and conservative when it comes to advances.

4)      But you’ll you get rich when the movie is made, right? A better question would be: will a movie ever get made? There’s absolutely no guarantee things will get that far. The producer might not get the project off the ground. Plus, the film option might go to someone who isn’t seriously motivated.

5)      You mean, someone who isn’t serious would option a book? There are all sorts of tire-kickers in the business. The ones who ask whether your book is available to be optioned, then don’t take it any further. The ones who do option your book, then leave it in a drawer.

According to friends in the film business, the best offer is from someone who is passionately in love with your book, with the creds to pull together the project, and enough motivation to climb every mountain to get the book to the big (or small) screen. You know, kind of like how your publisher had to feel about your book before making an offer. Only even more so, because film is a lot tougher.

6)      If the movie project doesn’t get off the ground, do you have to pay back your film option payment? Nope. They paid to buy the time to pull together the project. Which they got. Plus, by then I’ll have converted the cash into several pairs of Ferragamos.

7)      OK, but will you get rich if a movie is made? If the project gets the green light, then the author gets paid the purchase price -- in effect, payment for the film rights. Sometimes it’s also known as a ‘production payment’ because you get paid when production begins. This payment is a set percentage of the total movie budget. Your agent and the studio negotiate minimum and maximum amounts, because budgets can fluctuate. A production payment could make a decent dent in the mortgage if it’s a feature film. And it may not be a feature film. TV movie, series, art house special, indie short … it all depends. Not everything is Hollywood either. Canada has a strong film industry and lots of talent in all aspects of the business. Personally, I'm hoping for a Bollywood musical version of Three Souls.

8)      OK, but you’ll get rich on the royalties, right? Film royalties are like unicorns. Everybody writes about them but nobody’s ever seen one. Although ‘royalties’ are always in a contract, you’ll never get to that point.

9)      And you’ll get to write the screenplay, right? Not on your life. I only just figured out how to write a novel.

10)   If everything works out, when would the movie come out? If a project gets funded, the movie could be ‘in development’ anywhere from 3 – 10 years. So you could be applying for your senior’s bus pass before it hits the screens. On the other hand, 10 years might give me enough time to lose 15 pounds before going to the Oscars.

OK, so this is what the whole business sounds like to me

Whoever options a book and tries to get the green light for the film will go through torments that make the Nine Circles of Hell look like the Teddy Bear’s Picnic. Tens of thousands of books get optioned every year, and very, very few get the green light. And even then, there are more Circles of Hell to travel through. Once a book is optioned, the author doesn’t have to do anything; so think of it as money and a really nice compliment.

If my book gets optioned, I’m going to buy a pair of shoes or six, keep working on the next novel(s), and feel pleasantly surprised when there’s a breakthrough on the film front.