I n In Beijing’s Bei Hai Park, a frozen lake yields the body of a young man who turns out to be the American ambassador’s son. The Ministry of Public Security (MPS) sends Inspector Liu Hulan to deal with the crime and almost immediately (and inevitably) her efforts are complicated by political considerations.

Off the coast of California on a ship crammed full of illegal immigrants, U.S. Attorney David Stark finds the corpse of the son of the sixth richest man in China. When clues surface to link the young men’s deaths, the State Department sends David to China to be part of a joint investigation – paired with Liu Hulan, his former lover. As the investigation moves from Beijing to Los Angeles and back, the murders of suspects and informants on both sides of the Pacific make it clear that whoever is behind the original deaths has a long reach.

Flower Net by Lisa See takes full advantage of the confusing world of modern China to create a thriller where a society in flux features as prominently as murders, triads, and the uneasy rekindling of a romance. Her writing made me feel as though I was getting an insider's tour of Beijing, peeking into doorways of old-style hutong residential compounds and the lives of ordinary citizens or gawking at a glitzy nightclub for the young Chinese elite. 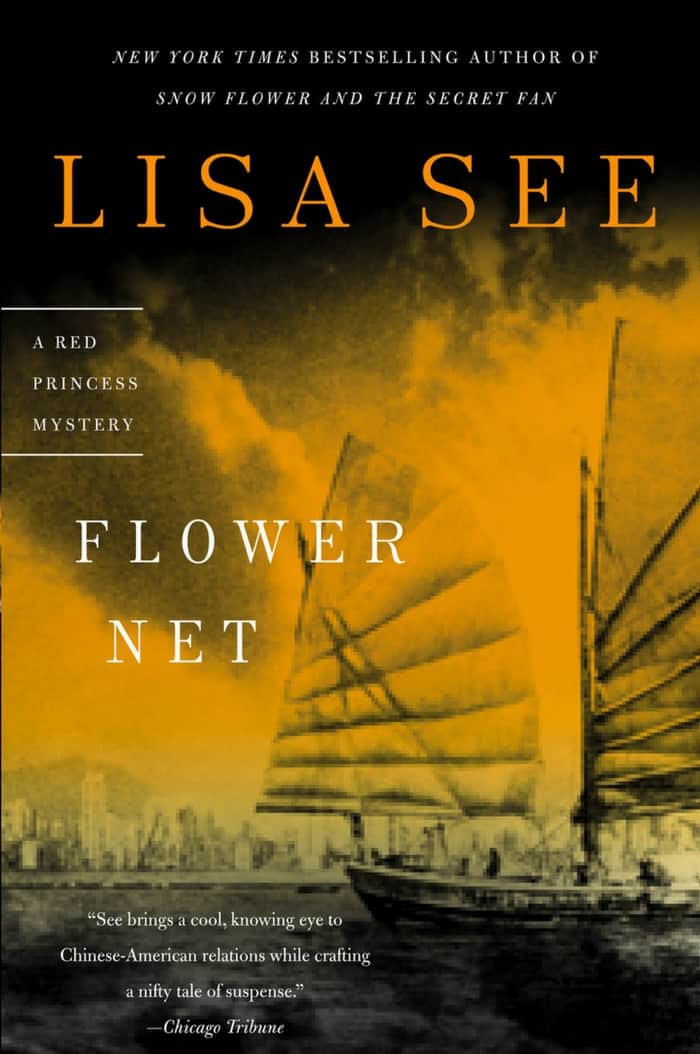 More than that, See delivers insights into contemporary Chinese society: the huge gap between the classes in what is supposed to be a classless society, the undercurrent of resentment and guilt that persists from the Cultural Revolution, the bribery and “back-door ways” employed by those willing to take the risk, and the elaborate courtesies which mask true intentions.

For Western readers, Hulan is a wonderful guide to 1990’s China. She is a Red Princess, the daughter of an elite Communist Party official, wealthy enough to live in luxury, if she chose. But she has also spent time in a poor farming village, working and living like a peasant. Furthermore, she has been educated in the United States, and is able to acknowledge China’s problems from a Western point of view; but her Chinese sensibilities remain intact, allowing her to navigate through the labyrinth of bureaucracy that is Beijing’s MPS.

David is not exactly the bumbling foreigner, but his direct manners prevent him from hearing the subtext behind polite conversations. When Hulan “decodes” for him, we realize that even she can’t be sure of the messages being conveyed; layers of meaning like carved screens hide the truth.

The bonus about this thriller is that you learn so much about 1990’s China. Since then the country has charged ahead with urbanization and expanded its economic zones even more; the disparities between remote rural communities and the big cities are more pronounced than ever. Nonetheless, knowing about neighbourhood committees, residency permits, the destruction of hutong compounds, and other daily realities provide helpful context for understanding China’s current social issues.

If you’re like me, you probably thought Snow Flower and the Secret Fan was Lisa See’s first book. Nope, the three Red Princess thrillers: Flower Net, The Interior, and Dragon Bones were all written before Snow Flower and the Secret Fan. They’re a complete change of genre -- even voice -- and it’s hard to believe they’re by the same author. Flower Net was a nominee for the Edgar Award by the Mystery Writers of America for best first fiction. It’s a well-plotted story without a single boring character, fast-paced and thoroughly enjoyable -- one of those detective novels you finish reading with a sigh of satisfaction.

At this point in my development as a writer, I evoke time and place through descriptive language or by pulling in details to help the reader visualize. Now I understand how dialogue can also add atmosphere to time and place.

There is a scene in Flower Net which made this tactic jump out at me: Hulan is at a travel agency buying a pair of plane tickets to the Sichuanese city of Chengdu. She and David are trying to escape their watchers. The travel agent tries to interest her in a scenic tour of Chengdu, and Hulan declines, saying she just needs to get there on the next flight because her mother is very ill.

The woman regarded Hulan. “You can’t be Sichuanese. Your Beijinger accent is too good.”

For me, this one line of dialogue synthesizes the travel agent’s absolute belief that she is entitled to question, doubt, and report on her fellow citizen. Throughout Flower Net, there is a sense of menace that insinuates every scene. Anyone, from old ladies who run the Neighborhood Committees to officials in the highest tiers of government, could be reporting on your movements. While See’s descriptions immediately immerse you in the world of the novel, it is her use of such small comments that reinforces atmosphere -- in this case the uncomfortable feeling of a society acclimatized to surveillance and intimidation.

I know that an author can achieve a lot using dialogue. It can be the hardest-working element of a story. Dialogue is something I find difficult to write. But for a start, I will try and evaluate whether there is opportunity for a piece of dialogue to do double-duty: not only to move the story forward or reveal something about the character, but also to add emotional texture to the time and place of the story.

NOTE: This post was migrated from an older website and comments didn’t survive the trip. But don’t let that stop you from commenting below!