G irl in Translation by Jean Kwok is the story of Kimberly Chang, an eleven-year old girl who arrives in Brooklyn from Hong Kong with her widowed mother. Their immigration has been arranged and paid for by Aunt Paula, her mother’s older sister. They are hopeful -- and why not? America is the country where dreams come true.

Every novel needs a villain and here it’s Aunt Paula who takes on the role. Having paid for bringing her sister and niece to America, she now feels they owe her total obedience for the rest of their lives. Aunt Paula doesn’t say this in so many words, but Kimberly’s Ma understands the reality of their situation and makes Kimberly understand that except for Aunt Paula’s help they are completely without resources. But even Ma can’t guess how little her own sister is willing to do for them.

Aunt Paula gives them housing, but it’s an illegal apartment in a derelict neighborhood of tenements. The apartment has no heat and is infested with vermin. When winter comes, ice forms inside the windows. As for work, first Aunt Paula protests that Ma is too frail to babysit her two sons; then she puts Ma to work in the clothing sweatshop that she manages. Like all the sweatshop workers’ children, Kimberly comes to the factory after school to help Ma with the piecework so that they can make their quota. Each month, Uncle Bob scrupulously deducts part of Ma’s earnings for rent and their immigration repayment costs. Mother and daughter live on what’s left, barely enough to cover food. 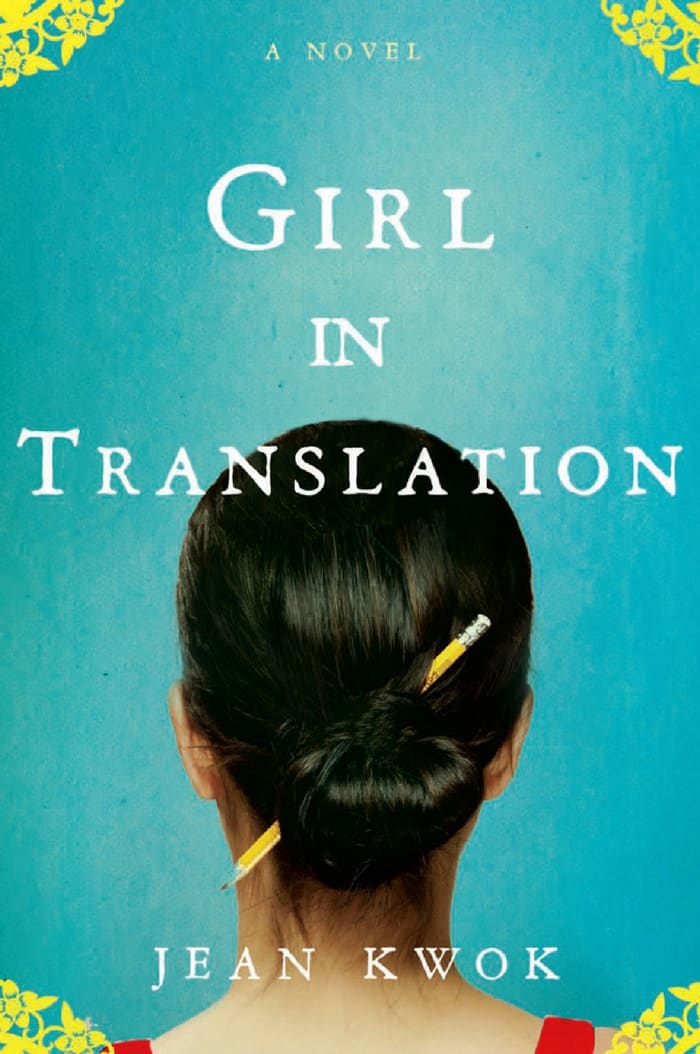 Unused to American ways and unable to achieve the stellar grades she earned in Hong Kong, Kimberly plays hooky to escape from her difficulties at school. Then one day she realizes how little her mother earns, that Ma will never have the time or energy after a grueling day’s work to learn English and get a better job, and that if they depend on Aunt Paula, Kimberly will end up working at the sweatshop when she finishes school. From then on, it’s all about grades; not only because of her deeply-engrained belief that education is the ticket to a better life, but because Kimberly has no other avenue. It’s up to her to get them out of the factory.

When Kimberly earns a full scholarship to an exclusive prep school, Aunt Paula’s surprising reaction is one of anger, quickly smoothed over; from this, Kimberly and Ma realize they are not allowed to outshine Aunt Paula’s family. From then on, they lie about Kimberly’s grades, hiding the fact that she is smarter than her cousin Nelson so that Aunt Paula can save face. In the scenes with Aunt Paula, we see tyranny and strong emotions concealed behind the elaborate courtesies of Chinese etiquette, occasional cracks in the veneer revealing just enough to communicate the true meaning of practiced, polite assurances.

I really liked the way Kwok drops in literal translations of Chinese expressions into Kimberly and her Ma’s speech; for example, to be of “small heart” means to be very careful. I also liked the way she constructs English idioms and phrases as they sound to a bewildered Kimberly, so that we understand why they don’t make sense. Kwok manages to put the reader so firmly in Kimberly’s mind that we also journey through the story straddling both cultures.

Kimberly may be naïve, but so are her well-meaning American friends. A classmate argues with Kimberly, saying that she can’t be working in a factory because her father says it’s against the law to put children to work.

There have been many books about the Chinese immigrant experience and Girl in Translation is only the second such book that has made me feel as though I had fallen right into the narrator’s life – or that the author had been spying on mine. The other was Amy Tan’s The Joy Luck Club. The writing captured me from the start. You feel as though you’re reading a diary, an account of true events and not a work of fiction. There is immediacy to Kimberly’s unvarnished observations.

The novel takes you behind the stereotypes of Asian immigrants. Education is a priority not just because it’s the route to a better life; sometimes a report card is the only benchmark parents can hold up as validation of their choice to leave behind the safe and the familiar. This is an immigrant experience that explores the conflicting dynamics of family, poking holes at the notion of a cohesive community that takes care of its own. It exposes the world of sweatshops and the exploitation of new arrivals by those who are more established. Jean Kwok opens to us the heart and mind of a young girl doggedly steering her way out of that world, and it’s an unforgettable ride.

This is a novel drawn from personal experience and there is an authenticity to Girl in Translation you rarely encounter. So I can tell you in one word what I learned about writing from this book: courage.

Hemingway said “There is nothing to writing. All you do is sit down at a typewriter and bleed.”

But how many of us are willing to cut so close to the bone and expose ourselves in this way? Not only to relive a terrible time but also to examine those memories closely, discover their meaning, and render them into words that can move others?

In no way was my journey to Canadian citizenship as fraught as Kimberly’s. I managed to avoid the worst experiences of being a stranger in a strange land because I already spoke English (my father worked overseas all through my childhood). We were not wealthy and my parents cultivated a habit of thrift, but there was never any doubt that they would send us to university.

But Kimberly’s story so easily could have been mine. There, but for the grace of English and financial security, could have been my family. There were countless scenes in the book I found extremely difficult to read. It was like reliving the first difficult years of adjusting to life in Canada, but worse: that feeling of being apart, helplessly different and unwanted, amplified by culture shock, language barriers, racism and poverty. As I read, Girl in Translation peeled away the protective layers I had acquired over the years. I felt the truth of those experiences and cringed. I could hardly bear to read some of the passages, and can’t imagine what kind of bloodletting it took for Kwok to actually write those scenes.

Authenticity doesn't depend upon writing about your own life experiences. It takes truth, which is sometimes pitiless and relentless. And it takes courage to delve into truth, no matter what the topic. Even for this book review, I can't summon up the courage to write about the emotions it dredged up to the surface.

One day I will sit at the typewriter and bleed, truly bleed. Until then, this book will stay on my bookshelf as a reminder of what you can achieve when you allow your authentic voice to speak.